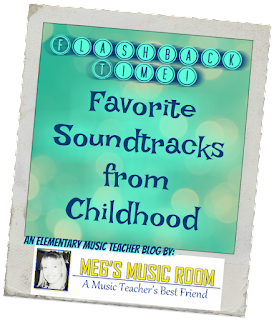 A familiar soundtrack can transport us to another time with a single note. You know...that soundtrack you can sing after not thinking about it for 20 years?

The soundtrack that transports me the quickest is "Lion King." It was my first soundtrack. With one note, I'm back in my living room, jumping on the couch cushions with pure joy, singing at the top of my lungs with my brother. What soundtracks bring you back? I'd love to hear!

Here are some of my other favorites (you can click the pic if you want to buy it on Amazon):

The Mask of Zorro - the brass and percussion are my favorite in this. You can hear the fight scenes and fancy footwork. This is a great soundtrack for riding in the car. I was so sad when composer James Horner died in 2016. This soundtrack was my go-to soundtrack through my college years.

Of course, Lion King needs to be on the list. Every time I hear "I'm Gonna Be a Mighty King," I think of my brother. :)

Remember "Crouching Tiger, Hidden Dragon?" The special effects would probably seem rudimentary now, but when it came out, it was monumental. I love how the music takes me to another world with its Asian influences in instrumentation and beautiful intervals.

MISSION; IMPOSSIBLE! I looooooove the 5/4 theme. Great for exercising, driving, mowing the lawn... Anything. I could listen to it for hours.

"Anastasia" was an overlooked beauty of a soundtrack. The Russian flavor made the orchestration unique from the more popular Disney films in the 90's and early 2000's.

This is probably my favorite soundtrack of all time. I had never heard anyone use the stuttered editing like they did on Madonna's theme. It was mind-blowing! I could relive each scene of the movie as I listened. This movie was released while I was in college, when I was working so hard to become a professional trumpet player. When I heard the "Welcome to Cuba" solo (do yourself a favor...click here to listen), I was so inspired. I showed it to my brother, now a professional trumpet player himself, he loved it just as much as I did. If my soundtrack would have been vinyl, I would have worn a hole in it! I just listened to it again, and I'm thinking about trying to find my CD right now!

I'd really love to hear from you! It's so fun to flashback to favorites from "back in the day." Comment below or find me on social media!

Or email me at megsmusicroom@gmail.com!

Meg's Music Room
I'm an elementary music teacher. I love what I do! I'm hoping that by blogging about my experiences, I can help other music teachers while becoming a better teacher myself! I have a TpT store: https://www.teacherspayteachers.com/Store/Megs-Music-Room Thinking of starting your own TpT store? Use this link, and I'll get a bonus from TpT: https://www.teacherspayteachers.com/signup/referral:mfheikkila

Meg's Music Room
I'm an elementary music teacher. I love what I do! I'm hoping that by blogging about my experiences, I can help other music teachers while becoming a better teacher myself! I have a TpT store: https://www.teacherspayteachers.com/Store/Megs-Music-Room Thinking of starting your own TpT store? Use this link, and I'll get a bonus from TpT: https://www.teacherspayteachers.com/signup/referral:mfheikkila